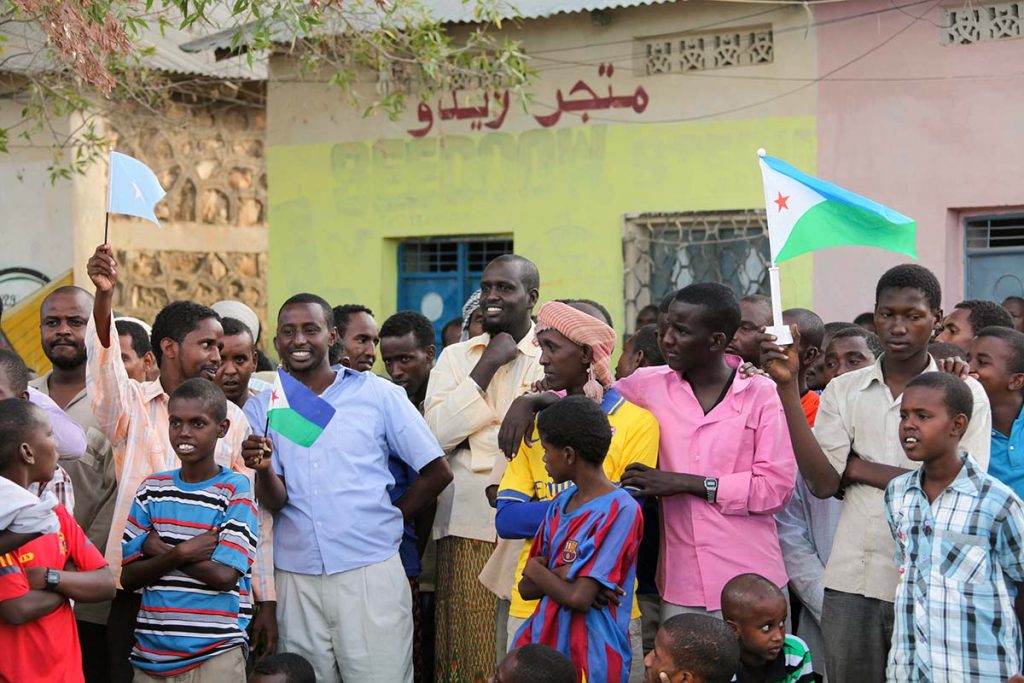 Assessing the effectiveness of the African Union Mission in Somalia

During 2018, I was part of an EPON team of researchers that conducted an assessment of the African Union Mission in Somalia (AMISOM). Here’s a summary of what we found regarding the main drivers of conflict in south-central Somalia, AMISOM’s main positive strategic impacts, and the mission’s main ongoing challenges.

AMISOM’s area of operations across south-central Somalia has been shaped by three main dimensions of conflict dynamics, not all of which revolve around al-Shabaab. They involve power struggles, identity politics, and the political economy of organized violence.

First, there are armed struggles fought over and for political power. Since Somalia’s central government collapsed in 1991, there has been a series of explicitly political power struggles to resurrect state and regional institutions and, crucially, to control them. This dimension of conflict intensified significantly from the early 2000s when many more external resources began flowing into Somalia’s state-building project. In AMISOM’s area of operations, these political power struggles have principally revolved around gaining control of the Transitional Federal Government (TFG) and later the Federal Government of Somalia (FGS). Since late 2012, these power struggles expanded to the emerging regional administrations or Federal Member States (FMS).

A second dimension of armed conflict revolves around identity politics or, more broadly, the socio-cultural dimensions of Somali society. This is often most obviously connected to clan dynamics and struggles for relative power and influence between Somalia’s many clans, sub-clans, sub-sub-clans, etc., as providers of security, justice and employment. But identity politics also includes the question of who is considered in or out of specific groups. In particular, who gets to speak with authenticity on interpreting religious beliefs or notions of local justice, is relevant to all groups attempting to build constituencies that straddle multiple clan identities.

A third key dimension revolves around the political economy of violence. In south-central Somalia, many forms of organized violence have regularly displayed an intimate relationship with economic issues, from the trading of khat, charcoal and sugar to taxation, extortion and the privatization of security, as well as the struggle to control key commercial hubs such as seaports, airports, and roadways. In the absence of effective state governance, numerous armed actors emerged in Somalia that used instruments of coercion and violence to make money.

AMISOM has not been able to fundamentally transform any of these dimensions of armed conflict but has instead had to manage them as best it can.

Since its deployment in March 2007, AMISOM can be credited with the following main achievements:

First, it facilitated the withdrawal of Ethiopian troops from Mogadishu in January 2009. This was important because Ethiopian forces in Somalia had become a major source of al-Shabaab’s popularity, and their continued deployment significantly undermined the legitimacy of the TFG.

Second, AMISOM forces successfully protected two iterations of the TFG. The first was alongside Ethiopian troops, but the second was protected by AMISOM alone after the Ethiopians withdrew. It is highly likely that the second TFG, led by President Sharif Sheikh Ahmed (2009-2012), would not have survived without AMISOM’s presence.

Third, AMISOM reduced the areas under al-Shabaab control. Following months of bloody urban warfare, AMISOM pushed the majority of al-Shabaab’s fighters out of Mogadishu and its environs (between August 2011 and May 2012). As AMISOM expanded beyond Mogadishu and incorporated new troops from Kenya and Djibouti in 2012, over the next two years, the mission also pushed most al-Shabaab forces out of several dozen urban settlements in south-central Somalia, including Kismayo and Baidoa. This provided respite from the harsh rules of al-Shabaab’s governance and opened up the possibility for more local authorities to (re-)emerge.

Fourth, by providing transportation for participants and security at numerous conferences, AMISOM helped facilitate the process of establishing south-central Somalia’s new Regional Administrations: Jubaland (2013), South West (2014), Galmudug (2015), and HirShabelle (2016). It would be impossible for Somalia to build a federal system of government without such regional entities.

Fifth, during 2012 and 2016/17, AMISOM played a pivotal role in securing two (s)election processes that established new federal governments in September 2012 and early 2017, respectively.

Finally, throughout its period of operations, AMISOM has provided the security foundation that enabled most of the international diplomatic and humanitarian communities to operate out of Mogadishu and across south-central Somalia. With few exceptions, it is highly unlikely that the various new or resurrected embassies would have been established without the security provided by AMISOM. Similarly, AMISOM provided security for hundreds of visits by various VIPs that enabled greater attention to be given to Somalia in several international forums.

Overall, AMISOM had made progress on its three current strategic objectives, namely, reducing the threat posed by al-Shabaab and other armed opposition groups; providing security to enable Somalia’s political process and efforts at reconciliation; and handing over its security responsibilities to the Somali security forces. However, we observed that the mission continued to face difficult challenges and limitations which meant that implementing an effective transition to Somali forces would neither be straightforward nor happen quickly.

First and foremost, we assessed that while AMISOM could do more to degrade al-Shabaab’s forces, it could not defeat the militants, especially while Somalia’s federal and regional leaders refuse to reconcile and implement a decisive strategy either to prioritize the defeat of al-Shabaab or to engage in a political dialogue that could produce a settlement to end the war.

Second, unfortunately, Somali elites had not taken advantage of the political space that AMISOM has helped facilitate. Long delays in finalizing the national constitution and the details of federal governance – both of which remain works-in-progress – made it impossible to build an effective and genuinely “national” set of Somali security forces and institutions. Although the Somali Federal Government and regional administrations ostensibly agreed on a new national security architecture in April 2017 and a Somali Transition Plan in early 2018, the detailed political and financial arrangements required to make these structures work have not been finalized. As a result, key elements remain unimplemented.

Third, AMISOM remains an under-resourced mission with important gaps in its capabilities. At the strategic level, since 2012, the mission has struggled to be more than the sum of its national parts. This was due to a lack of unified command and control between its force headquarters and the troop-contributing countries that control the mission’s sectors. At the more operational level, two particularly salient gaps were predictable and sustainable financial resources, which left AMISOM contingents receiving considerably less reimbursement allowances than their counterparts in UN peacekeeping operations, and the failure to generate the mission’s aviation component of twelve military helicopters that were authorized by the UN Security Council in 2012.

In sum, AMISOM remains unable to resolve Somalia’s fundamental problem: the country’s crisis of governance that has spawned al-Shabaab and other forms of opposition to the government. This can only be solved by Somalis and those external actors who have the leading role in supporting Somalia’s political transition, currently the UN Assistance Mission in Somalia (UNSOM) and those states that can exercise most leverage over local Somali leaders. This has left AMISOM suffering from a persistent gap between its activities on the military track and broader political progress among Somalia’s federal and regional leaders.

Paul D. Williams is Professor in the Elliott School of International Affairs at the George Washington University. He tweets @PDWilliamsGWU.