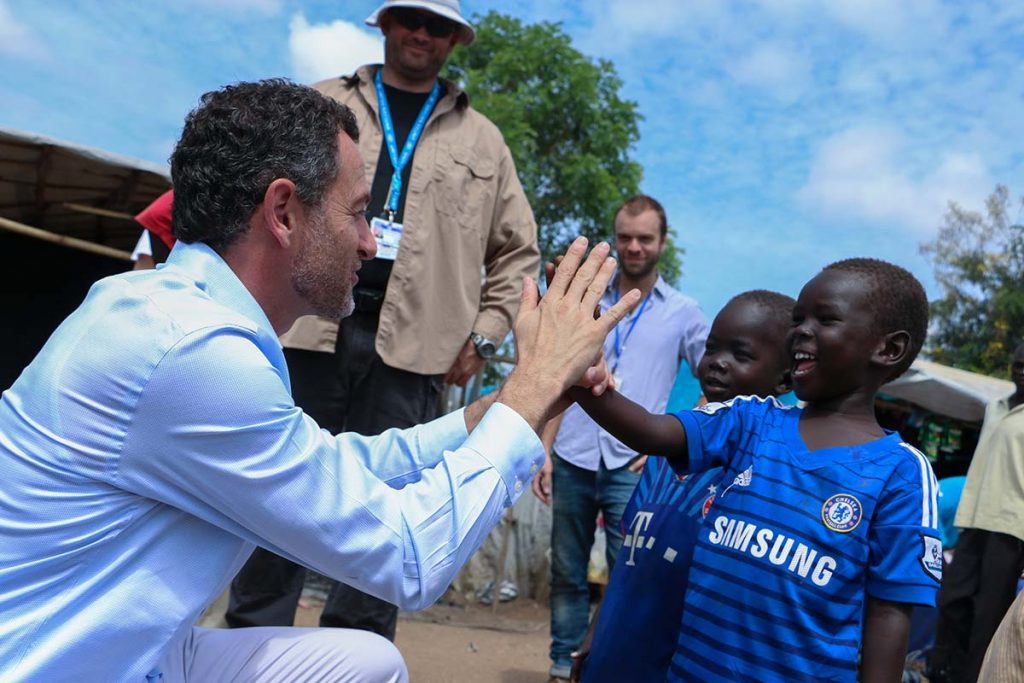 In 2018 I led an EPON team of researchers that conducted an assessment of the UN Mission in South Sudan. We met with hundreds of people, often those who had been displaced or affected by the conflict in the country, along with a wide range of experts within and outside the UN. We asked them about the impact of the UN in country, how peacekeeping had affected the lives of the South Sudanese. While we looked at all aspects of UNMISS’ mandate, one of the most important issues concerned protection of civilians. Our findings showed the enormous impact the Mission has had on the daily lives of hundreds of thousands of South Sudanese, but also the dilemmas this protection role has created for the UN. As UNMISS now stands on the edge of another fragile peace process, it is worth briefly recalling the protection challenges we found during our visit.

By providing space within its compounds to those fleeing brutal and widespread violence in 2013 and 2016, UNMISS provided immediate physical protection to more than 200,000 people, including large numbers of women and children. In the view of a wide range of experts and South Sudanese citizens, UNMISS’ PoC sites not only saved tens of thousands of lives, they also had the positive effect of isolating the polarised communities from one another at a time when even broader violence was likely. “Without UNMISS there would have been a genocide here,” was the sentiment echoed by dozens of South Sudanese

The protection sites come at a price. The majority of UNMISS’ military component was employed providing perimeter security to the sites, leaving fewer resources for patrolling in conflict-prone areas. With more than two million people displaced within the country, and large at-risk populations spread across the enormous terrain of South Sudan, many within the UN and elsewhere argued that UNMISS could better use its resources by focusing their deployment further afield.

This created a challenge for UNMISS: while the sites may only hold a small portion of the vulnerable people in South Sudan, they are unequivocally providing protection to large numbers of people. In contrast, there is little concrete evidence that patrolling more broadly necessarily deters violence or reduces threats in conflict-prone areas. The lack of evidence is most acute on the military side, where the standard peacekeeping approach to data-gathering leaves the Mission and the broader system with very little of the information it would need to assess the effectiveness of patrolling. There are some indications of the potential impact UNMISS could have beyond the sites – and our work pointed to several locations like Yei, Leer and Akobo as models of protection– but the evidence base is thin. Improved data gathering – which I have commented on separately – would significantly help the UN and its partners to evaluate the impact of its protection patrols beyond the PoC sites.

The UN family in South Sudan has been faced with a series of questions that cannot easily be resolved: How can the protection of residents of the PoC sites be balanced with the prospect of covering far more territory if the sites were phased out? How can UNMISS demonstrate that patrolling and presence do in fact prevent violence? In short, how can a mission like UNMISS clearly communicate the impact of its protection work and base it directly on the most urgent needs of the people of South Sudan?

During our visit, we saw that UNMISS was moving forward on a plan to support the voluntary return/relocation of the PoC residents, which creates a potential tension between the short-term protection needs and longer-term risks to the country. In the short term, residents of the PoC sites appear more likely to choose relocation to areas where they are surrounded by the same ethnic group, in part because they do not think they will be safe in Government-controlled areas. But their decision-making is also strongly influenced by the locations where the UN and its partners establish service delivery. Moving services and facilitating the relocation of people to ethnically homogenous areas is an expedient way to ensure the inter-ethnic tensions do not flare up again in the short term. But, this also would mean the UN helping create more ethnically homogenous areas in South Sudan. As countless South Sudanese have pointed out, the kind of generational shift that is needed for the country to out of war must be fostered by coexistence and the kind of shared experiences when ethnic groups live together. What is the future of South Sudan in a scenario of increasing ethnic divisions, and how can the UN avoid policies that might deepen fractures within the country?

UNMISS was originally created to support the government build a viable state in South Sudan. Once the civil war broke out, the UN shifted gears and focused on protection of civilians. But the urge to return to statebuilding will be strong, especially if the peace process moves forward. How can UNMISS balance its support to institutions with the recognition that the Government is a party to the conflict and is seen by large portions of the population as a continuing protection threat? Is the Mission prepared to intervene in scenarios where the State of South Sudan might again target civilians? While our report did not find answers to these questions, it encountered a UN leadership dealing with incredibly difficult life-and-death decisions every day, often innovating responses to new threats that go beyond current UN policy frameworks.

This week, South Sudan has reached another crucial juncture, as the two leaders of the civil war are set to form a unity government. Even if it goes smoothly, the harsh reality is that the populations in the peripheries of South Sudan are extremely unlikely to see many tangible benefits of the peace process in the short term, particularly in the areas of development most crucial to them. Five to ten years from now, even under a positive scenario, the network of paved roads is unlikely to extend much further beyond the major urban areas, and other peace dividends will be slow to reach the most vulnerable communities across the country.

Here, UNMISS has essentially no mandate and few resources to undertake the kind of development projects that would offer a peace dividend, and arguably should not be expected to undertake this kind of work. At the same time, there are huge expectations among many South Sudanese communities that the UN will play a central role in bettering their lives and providing protection if the situation again worsens. Managing those expectations, while also finding a way to continue to positively impact the situation in country, is a challenge facing UNMISS and also peacekeeping more generally.

Adam Day is the Head of Programmes at the Centre for Policy Research at United Nations University. Twitter: @AdamDayNYC.