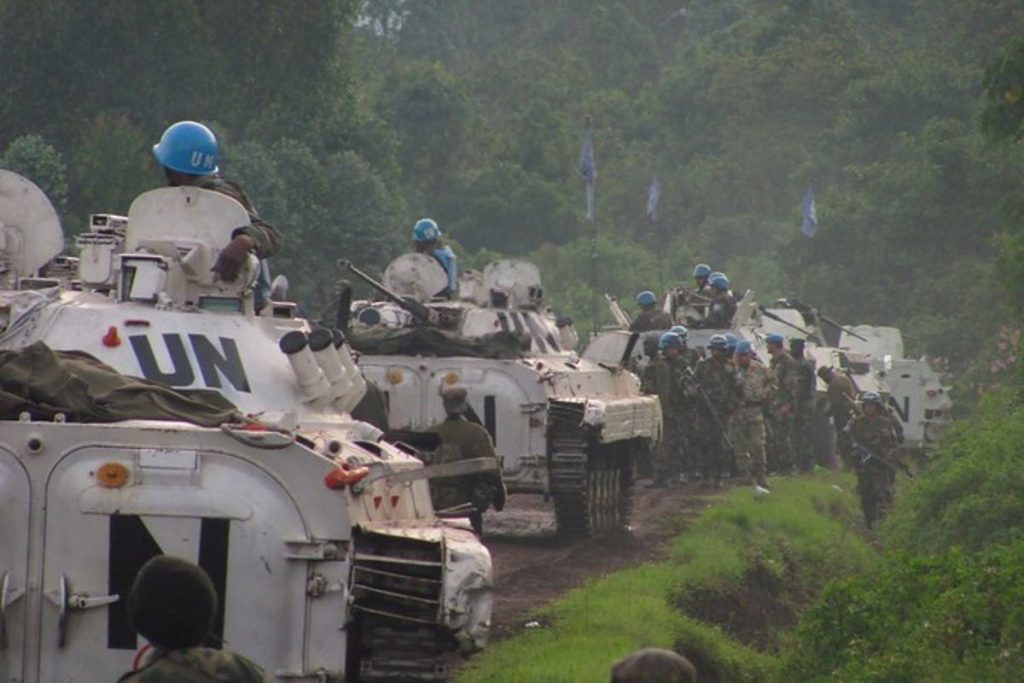 First published by www.politicalsettlements.org on 28 February 2020

As Richard Caplan points out in his recent book Measuring Peace, performance assessment can easily become a political tool if we are not clear about what the agreed criteria for measuring performance is. In her recent book Power in Peacekeeping, ‪Lise Morjé Howard points out that we have at least 14 peer-reviewed, quantitative studies that demonstrate that, all else equal, peacekeeping save lives. She says it is one of the strongest findings in the whole field of International Relations. Only democratic peace enjoys such robust results. In her book, Howard argues that the majority of quantitative studies have found that peacekeeping has a positive and statistically significant effect on containing the spread of civil war, increasing the success of negotiated settlements to civil wars, and increasing the duration of peace once a civil war has ended.

These findings are also echoed by Jessica Di Salvatore and Andrea Ruggeri, who have systematically evaluated most of the recent quantitative literature on the effectiveness of peace operations. They found that effectiveness, measured as ‘negative peace’ (absence of violent conflict) is robustly associated with presence of UN operations.

Howard points out that since the end of the Cold War, two-thirds or 11 out of 16 UN peacekeeping operations successfully ended and withdrew. These were the missions in Namibia, El Salvador, Cambodia, Mozambique, Eastern Slavonia/Croatia, Guatemala, Timor Leste, Burundi, Sierra Leone, Cote d’Ivoire, and Liberia. There are also others who study the endurance of self-sustainable peace after UN mission withdraw. Howard judges the following missions to have not been  successful: Somalia in 1993;  Angola in 1993; Rwanda in 1994; Bosnia (Srebrenica) in 1995; and Haiti in 2017. A further 14 UN peacekeeping missions are currently ongoing. In addition, the UN also have 25 special political missions (SPMs). In fact, recent trends suggest that the UN Security Council prefers to deploy SPMs rather than peacekeeping operations, even when it comes to ceasefire monitoring or peace agreement implementation, as the recent missions in Colombia and Yemen (Hodeidah) attest, and planning for Sudan suggest.

Three of the ‪Effective Peace Operations Research Network (EPON) studies published thus far, namely those on the AU mission in Somalia (AMISOM), the UN missions in the DRC (MONUSCO) and Mali (MINUSMA), found that these ‪peace operations have made important contributions to preventing major civil war and large-scale conflict. However, these EPON studies also found that those missions did not have the resources to physically protect individual civilians at the scale expected of them, and they are unable to bring about an end to the violent conflict without a viable peace process in place. More EPON studies are underway, including into the effectiveness of SPMs.

The ‪EPON study of the UN mission in South Sudan (UNMISS) found that it had the opposite result. UNMISS made an important contribution to protecting civilians but had a limited effect on stopping the civil war in South Sudan.

These findings show that the UN’s stabilization missions in places like CAR, DRC and Mali have been less successful to date, compared to the rest of the post-Cold War record of UN peacekeeping operations. In our book UN Peacekeeping Doctrine in a New Era, Chiyuki Aoi, John Karlsrud and I argue that these stabilization missions represent a more significant departure from ‪UN peacekeeping doctrine than the UN Security Council and Secretariat is willing to recognise. In this regard, see also John Karlsrud ’s book The UN at War, in which he investigates the move towards peace enforcement and counter-terrorism, and what consequences this development may have for UN peacekeeping.

My analysis is that stabilization is toxic for UN peacekeeping because the more successfully these operations stabilize, the less incentive ruling elites have for seeking a political settlement. The result is a no peace/no war stalemate, which leaves the UN with no exit path.

Many ruling elites in these contexts prefer a no peace/no war ‘unsettlement’ outcome because a settlement will require compromises and power sharing. There are all kinds of benefits for these elites and those that seek their patronage from the international presence and their funding, and at the same time they can blame the external actors for not solving the problem. For more on these dynamics, see Jan Pospisil’s book on Political Unsettlement in which he frames peace processes as institutionalising formalised political unsettlement and points to the ways in which peace processes institutionalise forms of disagreement, creating ongoing processes to manage it, rather than resolving it. See also the PA-X Peace Agreement Database that, among others, explores the trade-offs between elite bargains and other forms of inclusion in peace agreements, and considers the implementation difficulties that may arise as a result of these trade-offs.

Stabilization theory pre-supposes a legitimate state faced with an illegitimate insurgency. What if, however, a state is captured by one set of elites linked to one identity group, and those excluded have genuine grievances related to marginalization and exclusion from the political process and economic participation? In that scenario, ‪a UN stabilization operation can be seen by some as a partial actor defending one part of a society against another, and can be perceived as a party to the conflict (and thus potentially a legitimate target) by the aggrieved party.

The three core principles of ‪UN peacekeeping (consent, impartiality, and minimum use of force) are designed to prevent the UN from falling into this trap. I posit that the further UN peacekeeping moves away from these principles, the more ineffective and unsuccessful it is likely to become. Could this partly explain why the UN’s stabilization operations have attracted so much criticism of late, and why the Security Council now seem to prefer SPMs, even if the same type of operations would have been labeled as peacekeeping in the past?

This raises the question: should UN peacekeeping operations be deployed with a Protection of Civilians mandate amidst ongoing conflict? The research findings point to UN peacekeeping being most effective when implementing a ceasefire or peace agreement. That is because such agreements generate consent for the operation, a basis for impartiality, and conditions for minimum use of force. Deploying a UN peacekeeping operation with a stabilization or Protection of Civilians mandate amid ongoing conflict implies consent only with the host state, lack of clarity to whom impartiality should apply (who are the legitimate political actors?), and unrealistic expectations regarding the utility of the use force. As Alan Doss recently told Jake Sherman, sending UN forces to protect civilians against the failings of their own government is not a sustainable answer.

Having said that, there is also large-n quantitative research that finds that statistically UN peacekeeping operations do help to reduce violence even in the midst of ongoing violent conflict. See, for instance, Hultman, Kathman & Shannon’s Peacekeeping in the Midst of War.

There may thus be situations where UN peacekeeping is the best or only atrocity prevention instrument available. However, when that happens, it is important for those making these decisions to understand what the limitations of UN peacekeeping operations are, and to compensate for it in other ways, including amongst others accompanying political pressure, adjusting the composition of the mission, targeted sanctions, and the parallel deployments of other organizations or forces, such as the African Union, that may be in a better position to use force, if that is what the situation requires.

Ultimately, the best protection is a political settlement that ends violence against civilians. Stabilization operations and Protection of Civilians mandates amidst ongoing conflict tend to result in no peace/no war frozen conflicts with regular massacres and daily Sexual and Gender Based Violence. The evidence suggests that UN stabilization operations can reduce the violence but can’t end it without a political settlement. This is why there has been such a focus on the primacy of politics in peacekeeping. Stabilization and Protection of Civilians should not become the goal. The goal is reaching, implementing and adapting political settlements that produce and sustain peace. Stabilization and Protection of Civilians are important mid-way objectives to reduce suffering, but when it becomes a goal in and of itself we end up with frozen conflicts where the peacekeeping operation itself becomes part of the problem.

UN peacekeeping has shown a remarkable capacity to adapt continuously to new challenges over the past 70 years, and there is no evidence to suggest that it will not continue to do so into the future. As researchers, we should stimulate this adaptive process by focussing attention on those aspects that have proven to be effective, and caution against those that have proven to be ineffective, by continuing to generate evidence of the factors that influence UN peace operation effectiveness via both comparative and longitudinal research studies.

As Mateja Peter and I argue in UN Peace Operations in a Changing Global Order, despite the significant changes currently underway in the global order, and the uncertainties that come with such turbulence, most countries and regional blocs, such as the African Union, European Union, the Nordic region and the BRICS (Brazil, Russia, India, China and South Africa), agree on and repeatedly emphasize the importance of the UN as the centrepiece of global governance and a rules-based multilateral order. Despite changes at the macro-level, the comprehensive reforms of the UN’s management, development, and peace and security structures, the significant attention that is rightly being focussed on prevention, and the current preference for SPMs mentioned earlier, UN peacekeeping is likely to remain the flagship enterprise of the UN. This is because UN peacekeeping remains the most visual embodiment and achievement of the post-World War II multilateral system of global governance. Over the past 70-plus years, more than one million troops from more than 110 nations have participated in 70 UN peacekeeping missions. This is a remarkable achievement in collective security and global governance, and the UN and international community are not likely to abandon or radically transform peacekeeping as an institution with such a rich and successful history.

Cedric de Coning is a Senior Research Fellow with the Peace, Conflict and Development Research Group at the Norwegian Institute of International Affairs (NUPI), where he coordinates the Effectiveness of Peace Operations Network (EPON) and co-convenes the NUPI Center for UN and Global Governance. He is also a Senior Advisor at ACCORD. He tweets at @CedricdeConing.