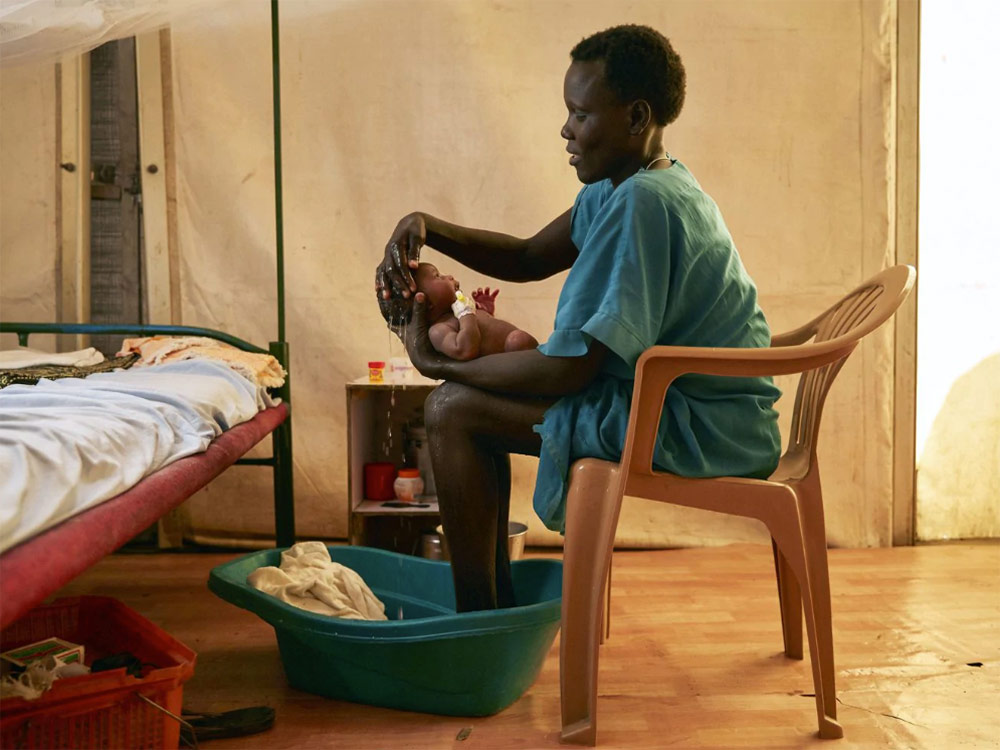 South Sudan is at risk of new conflict. Can the UN protect its civilians?

The military overthrow of Sudan’s longtime president last week raises new concerns for the fragile peace process in South Sudan, where a five-year civil war left 400,000 people dead and 4 million displaced. Will the new government in Khartoum continue to put pressure on South Sudanese parties to maintain peace – something that ousted Sudanese President Omar Hassan al-Bashir had made a priority?

The risk of renewed conflict puts a new spotlight on the United Nations Mission in South Sudan (UNMISS) and whether it is able to protect civilians in a territory the size of France with only 17,000 troops, a task that some call mission impossible.

How does the U.N. protect people in conflict zones?

Our research from December 2018, based on internal U.N. data and interviews with more than 200 civilians, regional experts, and members of South Sudan’s government, suggests that UNMISS did protect tens of thousands from imminent physical danger during the 2013-2017 civil war. We also found UNMISS used its troops to open humanitarian access to more than 100,000 vulnerable people – despite efforts by various groups to obstruct the U.N.’s freedom of movement. UNMISS brokered dozens of agreements between communities that have historically fought each other, contributing to lower violence levels in some areas.

In interviews with South Sudanese – including residents of UNMISS’s civilian protection sites – the people we spoke with acknowledged that the U.N. effort had directly saved lives. Some local citizens credited the protection sites as having “prevented a genocide” in South Sudan, by helping to keep two major ethnic groups isolated from each other during the height of the fighting.

Our findings align with other empirical research showing that peacekeeping can be effective, is able to protect civilians and may reduce conflict in the long term.

What are the most effective roles for U.N. peacekeepers?

But our report also underlines some of the dilemmas UNMISS faces today. For example, UNMISS concentrates much of its effort within Jonglei state to protecting fewer than 2,000 people in its camp near the town of Bor. This is only 0.6 percent of the vulnerable population in the state, most of whom fled into the inaccessible countryside during the war.

Could UNMISS protect more people if it were out patrolling in Jonglei state, versus using its peacekeepers to secure the perimeters of these sites?

Our findings suggest the answer is a troubling “maybe.” We found little empirical evidence that U.N. patrols had a major impact on the security of civilians. In fact, many South Sudanese we interviewed seemed skeptical that any short-term patrolling presence would protect them. In contrast, in areas where UNMISS had set up a permanent site and U.N. personnel spent more time in communities, citizens often reported a real improvement in their security.

Our research suggests that a stronger evidence base demonstrating the impact of patrolling could help decide whether to prioritize resources on static sites or highly mobile patrols.

There are reasons to believe South Sudan’s peace process has made real progress, though the risk of relapse is very real. Our research uncovered some indications that the situation was improving, including evidence that the residents of the civilian protection sites are increasingly willing to move beyond the perimeter of the camp to visit local towns.

But our interviews with the residents of the protection sites also revealed notes of fear and mistrust. The war had an interethnic dimension and was characterized in part by the predominantly Dinka South Sudanese army driving non-Dinka people from their homes. In places like Malakal, Bor and Bentiu, displaced people now find that their homes are occupied.

Government control of major towns may spell stability for some former residents, but for those who fled government forces during the war, it offers no reassurance.

Many displaced people told us they did not wish to go to their former homes in cities. Instead, they would prefer to relocate to areas under opposition control, where they would be almost exclusively with their own ethnic group.

For example, hundreds of displaced Nuer in the UNMISS site in Bor chose to be transported by UNMISS far from Bor, to the Nuer area of Akobo. In Akobo, they do not face the immediate risk of being targeted on ethnic grounds, as some of them suggested would happen if they stayed in Bor.

Our research suggests that the U.N. is not powerless in terms of the decisions taken by displaced people in South Sudan. Key services such as medicine, food and education create a strong draw for displaced people, who rely on the U.N. for their livelihoods. Where the U.N. places its key services will strongly influence where people will ask to go.

What happens to South Sudan if the ethnic groups withdraw into their respective homelands?

There is a risk that formerly mixed cities like Malakal, Bor and Bentiu could become more ethnically homogenous as displaced people decide to move to their ancestral homelands. If cities are no longer places where ethnic groups coexist, South Sudan could become more ethnically divided, as government-controlled urban areas are pitted against rural areas filled with other ethnic groups.

Zach Vertin, a former U.S. diplomat, argues that South Sudan’s best hope for peace lies in a generational shift, as the older architects of war are replaced by a younger generation more capable of crossing ethnic lines. Cities are the place where young South Sudanese mix, exchange views and learn about each other. If the people displaced by the war do not return to the major cities, the prospects for a more peaceful future may retreat further.

Our research has shown that the dilemmas the U.N. faces about how to support voluntary returns, keep civilians safe and also support the longer-term stability of South Sudan are very real. And with the unrest in Khartoum casting doubt over the peace process, the challenges facing the country and the U.N. may well increase.

This article was originally written for The Washington Post