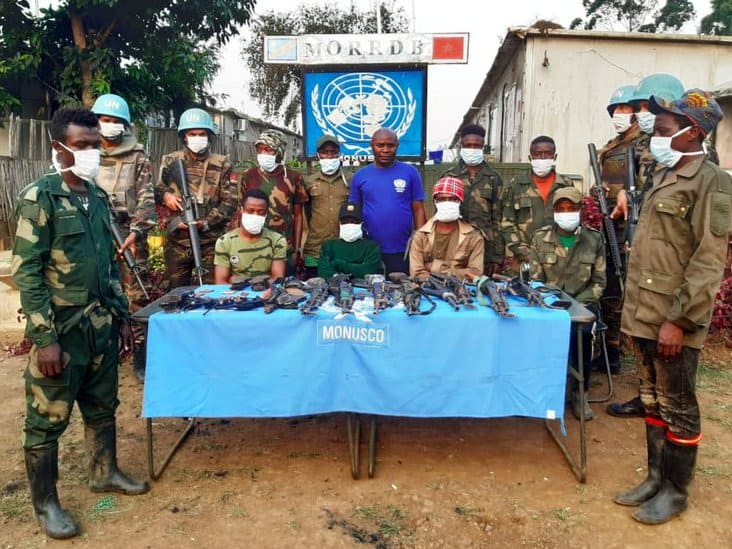 The Congo, Afghanistan and the Limits of Outside Intervention

This year, two expansive — and expensive — international peace and security entities will pass a significant milestone. The United Nations peacekeeping operation in the Democratic Republic of the Congo and the NATO operation in Afghanistan have been deployed for two decades.

Although these missions differ in many respects, notably in the scale and intensity of their military operations, they did share, at least at the start, some comparable ambitions. The UN Security Council authorized both interventions, which were mandated to help bolster national security, assist the disarmament, demobilization and reintegration of armed groups, support security-sector reform, promote human rights and, broadly speaking, re-establish the authority of the state while also facilitating political development through constitutional change and national elections.

Now, 20 years on, the UN and NATO face an analogous predicament as they aim to end these missions without risking a reversal of what has been accomplished, at considerable human and financial cost, during the years of intervention.

The threat of the Taliban insurgency (and attacks by Islamic State militants) still looms large in Afghanistan. The insurgency has not been defeated, and there remains justifiable fear that the Taliban is biding its time until NATO and US forces pull out. Should the Taliban return to power in Kabul, the social gains in education, health and the rights of women might be quickly overturned, while hostilities could intensify as other groups contest its rule.

The UN faces a similar, if less dramatic, quandary in the Congo.

There is deep concern about the readiness and discipline of government forces to ensure civilian protection after the UN peacekeeping mission withdraws. The UN special representative in the Congo recently summed up that dilemma, telling the Security Council of the critical need for government institutions to provide more stability and safety for citizens facing many threats.

The NATO and the UN engagements in Afghanistan and the Congo represent a huge multilateral effort to rescue two countries from decades of egregious violence and state failure. In both cases, these troubles have washed over into neighboring states (and vice versa). These interventions also represent, therefore, an investment in regional stability and, in the case of Afghanistan, an attempt to confront a source of global terrorism.

So what have we learned from these operations? Despite their obvious dissimilarities, some common elements of experience highlight the advantages and drawbacks of multilateral interventions.

The first is the cardinal virtue of legitimacy. Multilateral interventions authorized by the Security Council enjoy a degree of legitimacy that makes them more palatable, locally and internationally, than unilateral action, as evidenced, for example, by the wide support for the UN-authorized 1991 Iraq intervention, in contrast to the later one in 2003, which was not. Multilateral collaboration also spreads the risk and cost — political and financial — of intervention.

The advantages conferred by legitimacy must be balanced, however, against the inherent constraints that hinder the effectiveness of multilateral endeavors. Multilateralism functions by consensus. This tends to result in incremental approaches, which impede rapid, preventive responses to potential crises. Time and again, it has taken a massive humanitarian disaster to galvanize a consensus for intervention. Moreover, if a defined, plausible final goal remains elusive (as has been the case in the Congo and Afghanistan), the original consensus is likely to fray, producing the risk of a messy exit.

Legitimacy is not a fixed asset, moreover. For an intervening force, legitimacy can quickly erode if it cooperates with a government that lacks credibility, as I found when I worked for the UN in the Congo, because of corruption, human-rights violations or ineptitude. However, the tolerance of individual partners for such failings varies, which can result in inconsistent messaging to national leaders and mission leadership alike about what is not acceptable.

The Afghan and Congo experiences confirm a second conclusion: Multilateral interventions, however well meaning and well armed, cannot resolve internal struggles for political power or heal the fissures in society that fuel instability and insurgencies. Force alone is not the answer. As Mats Berdal, professor of war studies at King’s College, London, has cautioned, “Field operations have increasingly become divorced from the central enterprise of mediating and reaching political settlement of conflicts.”

That does not mean that force should never be used. It may prove unavoidable, for example, to protect civilians caught up in violence, although current strategies for protecting civilians bear reconsideration. Indeed, the UN was condemned for not using force during the massacres in Rwanda and Srebrenica. Nevertheless, the use of force should not become a distraction from the search for political solutions; it should be an enabler for political action, directed also at the economic drivers of conflict, a prominent cause of violence both in the Congo and Afghanistan.

Unfortunately, even when peace agreements are reached, they do not guarantee calm and stability. Besides the Congo mission, I was also involved in UN peacekeeping operations in Sierra Leone, Côte d’Ivoire and Liberia. Except for Liberia, peace agreements in these countries collapsed after peacekeepers arrived. In Liberia, the agreement held up, but only after more than a dozen previous ones had failed.

To make peace agreements more durable, civil society, including representatives of women, young people and war victims, and not only the government of the day and armed groups, should all be seated at the table. The negotiators of the 2016 Colombia peace agreement, for example, invited representatives of war victims to the peace negotiations in Havana.

Let me add that an election per se is not a political settlement, although it may indicate political progress. Both in Afghanistan and the Congo, elections have sometimes worsened, not diminished, the political divides in these societies. International partners should not push for elections as a short cut to the exit (or, worse, as a pretext to justify the resumption of military aid), but rather support them as part of a broader effort to build the political trust, social cohesion and community resilience that is indispensable for stability after the peace operation ends.

These efforts should be explicit goals for peace operations from the start. With hindsight, I see now that we did not devote enough of our energy to that end when I was the head of the mission in the Congo because we were overly focused on the military dimensions of our mandate.

Another experience that resonates from the Congo and Afghanistan (and other) multilateral operations is the difficulty of managing military actions under international auspices. Not all partners will be equally committed, especially if casualties are likely to occur. Robert Gates, as he stepped down as the US secretary of defense, vented his frustrations with NATO forces, complaining about countries that “tied the hands of allied commanders sometimes in infuriating ways.”

During my years in UN peacekeeping, I heard similar complaints from UN force commanders. Nevertheless, so-called “national caveats” (restrictions governments impose on how their troops can be used) will likely remain an unavoidable fact of multilateral life that should be factored into the planning for armed interventions.

My final observation is about when and how to leave. The UN and NATO have linked the closure of their missions to the implementation of governance and security reforms that they think will enhance future security and stability. The problem is that neither the UN nor NATO can enforce these reforms, which leaves their exit strategies hostage to national partners who may be unwilling, or unable, to carry them out.

A commitment to the protection of civilians worsens this dilemma of when and how to leave. The UN and the African Union have lately faced this predicament in ending their joint Darfur mission in Sudan, despite continuing concerns on the security of civilians. Similar worries will likely arise when the future of other missions with protection mandates is being considered.

This speaks to a larger conclusion: the tendency to overestimate the power of outside intervention to determine the direction and timetable of peace, even in countries that are heavily dependent on international aid and military support. As Jean-Marie Guéhenno, a former head of UN peacekeeping, has pointed out, external political influence over time is a “wasting asset.”

Outside interventions cannot end deeply entrenched conflicts; that result depends on the will of national parties to find solutions. What such interventions can do is to help create the time and space for that process to unfold; what they must not do is to allow their engagement to shelter governments, or their opponents, from making the hard decisions and difficult compromises needed to achieve lasting peace.

Where there was progress, leaders like Ellen Johnson Sirleaf of Liberia led the way with policies and practices conducive to achieving and sustaining peace. As the UN representative in Liberia, I met with President Johnson Sirleaf regularly to assess the state of national security and the progress on national reconstruction. This was an invaluable asset for planning the future of the UN peacekeeping operation.

But even after the violence ends, post-conflict societies may still struggle with the challenges that led to intervention. So while its form may change, multilateral engagement should not die when the troops go home. An empowered UN Peacebuilding Commission, willing to cast a critical eye on the progress of peace, should be part of that continuing engagement.

This article was first published in Passblue on 18 January 2021 and republished here with permission.

Alan Doss is the former president of the Kofi Annan Foundation and author of “A Peacekeeper in Africa: Learning From UN Interventions in Other People’s Wars.”