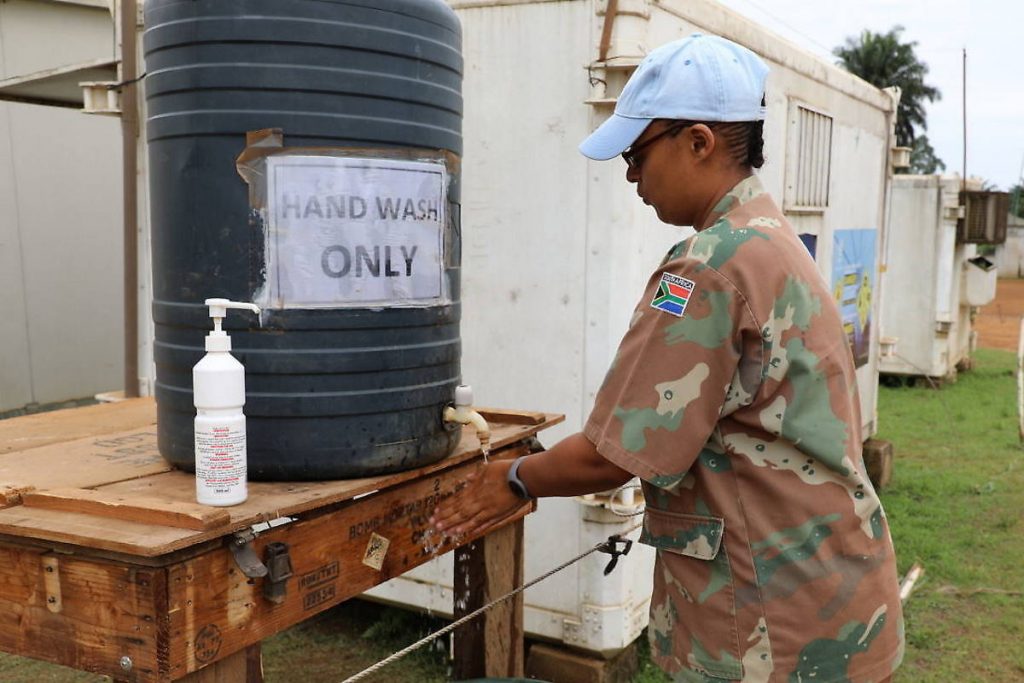 The impact of COVID-19 on the performance of peace operations

Between the African Union, European Union, OSCE, NATO and United Nations there are approximately 160,000 civilian, police and military personnel deployed in more than 50 missions. These missions have all been forced to take unprecedented steps to adapt and cope with the COVID-19 pandemic. This may be just the beginning and much more significant reductions and changes in the way these operations function may be needed over the coming months.

Two weeks ago, peace operations from Cyprus to Somalia were still thinking about how to prevent the spread of the COVID-19 virus. Today these missions are all in full crisis management mode and adapting to a radical new situation. Most of the countries where these missions are deployed have closed their borders and have imposed social distancing measures. Countries like South Sudan have asked the UN not to rotate new troops into their countries, especially from countries that are seen as high risk like China, Italy, South Korea and Spain.

In response, peace operations are now in the midst of making significant changes to the way they work. They are assessing which functions and operational activities are critical and need to continue in its current or adapted form, which are important but not critical, and which can be paused until the crisis is over. Essential functions across missions include protection of civilians related patrols and activities, convoy escorts and other forms of support to humanitarian assistance, force protection, protecting key infrastructure and support to host state institutions and local authorities. Some missions have suspended their quick impact project plans and are now re-programming these funds to support the efforts of local and national institutions to contain the spread of COVID-19. Limiting operations to the essential will help to prevent and contain the virus, but in the medium- to long term it will have an impact on ability of missions to achieve their mandated benchmarks and objectives.

Peace operations have also introduced their own social distancing policies, both to avoid spreading the disease to local communities and to protect staff. After the 2010 cholera episode in Haiti, UN missions are acutely aware of the danger they may pose to host populations. For example, in the African Union mission in Somalia (AMISOM) all movement of personnel has been reduced to the essential. All rotations and new deployments have been suspended. Civilian staff outside Somalia are working from home and non-critical staff were moved out of Mogadishu. In the AMISOM headquarters in Mogadishu, essential staff work in decongested offices and from their rooms. The dining facilities now only serve take-aways. There are limitations on the size and number of meetings that cannot be done remotely. The staff that arrived in the mission before travel was suspended, or who are otherwise suspected of having COVID 19 are isolated until medically cleared. For the moment that includes the head of mission that has recently returned to the mission. Most UN missions have adopted similar measures. In the UN mission in Lebanon (UNIFIL) a whole battalion that has recently been rotated into the country is in 14-day quarantine. In the UN mission in Mali (MINUSMA) staff have been further identified not only as non-essential or critical, but also location-based vs. non-location based to adapt to the COVID-19 restrictions.

Most national and international staff work from home or their accommodations. In some locations working from home may imply no or poor internet connection and frequent electricity cuts. In many missions, non-essential staff, or those with medical conditions were given the option to leave, but by now most borders have closed and staff are locked in place. This means that staff can no longer go on leave, including for instance for medical reasons. Missions are contingency planning for the possibility of large-scale evacuation, should the situation require it, but in this global emergency, the question that is arising is where can mission staff be evacuated too? Where will it be safer and who would be willing to accept several hundred or thousand evacuees? A mission like the UN mission in the DRC (MONUSCO) has approximately 3000 civilian staff, 1000 police officers and 13,500 troops.

From a UN mission support perspective, both the UN’s global service center in Brindisi and the regional service center in Entebbe have been affected by travel bans, border closures and social distancing policies that have most staff working from home. However, essential support is being provided and although cargo flights are not affected by the travel bans, some global supply chains have been disrupted.

The larger peace operations have their own medical services and hospitals, but these facilities are limited and were not designed for this kind of emergency. Very few missions have test kits, enough protective equipment or ventilators of their own at this stage. These limited facilities will be quickly overwhelmed if staff start to fall ill. Emergency medical evacuations can still be arranged, but the countries the UN and others would normally evacuate people too have now also closed their borders.

The UN headquarters in New York has also introduced social distancing measures and apart from a few essential staff the rest are all working from home. New York is much more severely affected by COVID-19 than any of the UN’s peace operations, at this stage. The UN Security Council has resorted to meeting remotely and voting in writing when needed. In most cases where mandate renewals are due, these are being technically rolled-over until the next renewal date. Similar steps have been taken by the African Union, the European Union and the OSCE.

Peace operations are of course no strangers to crisis management, and there are staff that have experience from managing previous public health emergencies, including especially the 2014-2016 Ebola virus outbreak in Liberia and Sierra Leone and the 2018-2019 Ebola virus outbreak in the North Kivus (DRC). Still, the pace at which peace operations have had to make significant changes to the way they work over the last two weeks has been unprecedented. The sacrifices civilian, police and military peacekeepers have to make should also be recognized. For example, some units may have already been deployed for almost a year, and staying in the mission longer means that they cannot be reunited with the families for several more months. Missions have to make difficult choices to balance their duty of care to staff and their obligations to implement their mandates. The global reach of the pandemic, which means that all the missions have to manage this crisis simultaneously, is also placing enormous strain on headquarters. However, the recent UN reforms, especially the delegation of authority to heads of mission, have enabled UN missions to make these kinds of adaptations much more rapidly than would have been the case in the past. At this stage, most of the countries where peace operations are deployed are on the periphery of the pandemic. However, this is likely to change and when the virus spreads to these countries peace operations will most likely have to make further changes to the way they work, both to protect their staff and to be able to continue to carry out critical functions. There are very many complex interlinked dynamics that need to be factored into future planning. In the context of a global recession peace operation budgets will shrink. Troop and police contributing countries may prioritize domestic operations. Host populations may become more hostile to foreigners. Missions will not be able to support, supply and care for the same number of staff that was possible before COVID-19. Mandates will need to be adapted to the new reality, new risks and new needs. No doubt headquarter staff and missions are now starting to plan for these eventualities.

A shorter version was published on IPI’s Global Observatory on 2 April 2020, and in Norwegian on forsvaretsforum.no on 2 April: https://bit.ly/2wcPRu8.

Cedric de Coning is a senior research fellow with the Norwegian Institute of International Affairs (NUPI), senior advisor for ACCORD, and the coordinator of the Effectiveness of Peace Operations Network (EPON). He tweets at @CedricdeConing