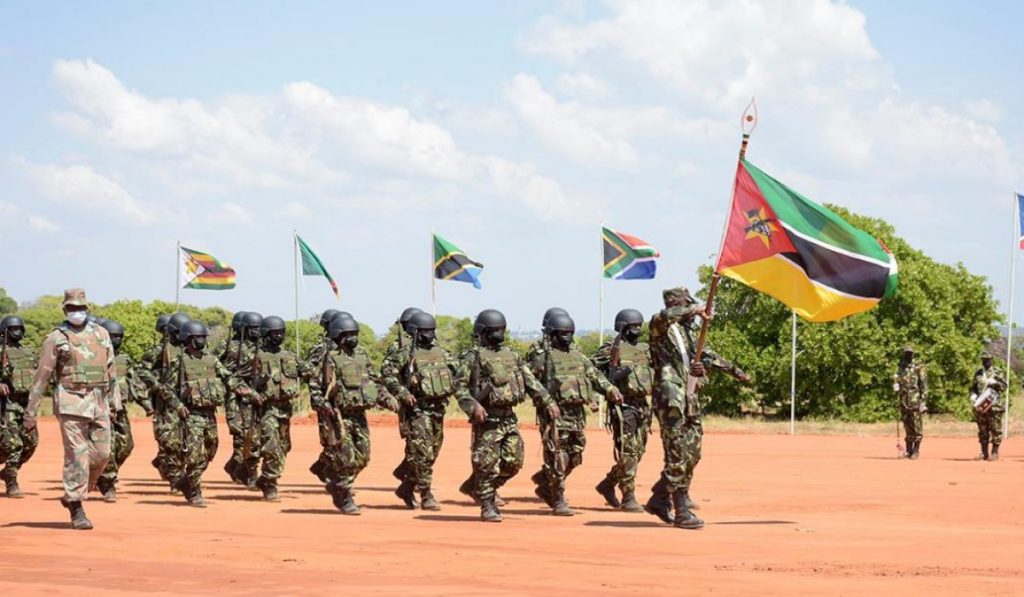 The seminar convened expert practitioners and scholars from the African peace and security field with the aim of discussing how missions such as the Joint African Union-United Nations hybrid peace operation in Darfur (UNAMID), the Multinational Joint Task Force (MNJTF) and the Southern African Development Community Mission in Mozambique represent a new generation of African peace operations consisting of a variety of partnerships, from UN-AU collaboration, multinational collaboration or through Regional Economic Communities, to combat violent extremism. It provided a valuable opportunity for leadership from the missions to engage with researchers as well as providing an input on their experience on the task of defending a state and its people from violent insurgents, the challenge of dealing with hostile host states and how lessons from these missions can inform the future of peace and security in Africa.

The meeting started with opening remarks by the Director of STIAS, Professor Edward Kirumira and Dr. Cedric de Coning from EPON and Fellow at STIAS. The keynote was delivered by Mr. Sivuyile Bam, former Head of the Peace Support Operations Division at the African Union Commission.

In the first session, Professor Tim Murithi from the Security Institute for Governance and Leadership and Dr. Linda Darkwa from the Training for Peace Programme presented findings of their Lessons Learned study on UNAMID. The study reviewed the legacy of the mission in its core mandated areas; protection of civilians, mediation and support to the peace process, and mediation of inter-communal or other local conflict. It also provided valuable insight into the unique hybrid mission model to inform potential future operational partnerships. The study showed that, despite operating in a context of constrained consent, UNAMID played a critical role in de-escalating the conflict and preventing attacks on civilians. The discussion was joined by Ambassador Welile Nhlapo from ACCORD.

In the second session, Professor Thomas Mandrup from Danish Royal Defence College and EPON study authors Dr. Freedom Onuoha and Mariana Llorens Zabala presented preliminary findings of an upcoming EPON report on the MNJTF. Their overarching questions asks how the MNJTF can, in close coordination with the Regional Stabilisation Strategy, meet the current risks and challenges in the Lake Chad Basin region. Their findings provided some insight into some of the key successes of the mission such as its contribution to the decline of Boko Haram attacks, facilitation of the safe return of internally displaced people, and improved civil-military cooperation with the local communities. The discussion was joined by the Force Commander of the MNJTF, Major General Abdul Khalifah Ibrahim, who emphasised the need for close cooperation with the Regional Stabilization Strategy.

The last session focused on SAMIM, a mission mandated by the SADC to help restore stability in Cabo Delgado, Mozambique. In a discussion with the Head of Mission, Professor Mpho Molomo, EPON study author Dr. Craig Moffat presented preliminary findings of an upcoming EPON report on SAMIM. On the mission’s successes, Dr. Moffat pointed out the mission’s contribution to a relative decline of insurgent attacks bringing about a degree of peace and stability in the affected areas as well as its early response mechanism initiatives. This includes training 330 youth in vocational skills, capacitation of 160 police officers and 200 as well as training women and youth on gender mainstreaming and integration. A key challenge of the mission remains the lack of sufficient security forces to cover all insurgent-affected areas and that the absence of a clear exit strategy is causing hesitancy among countries to increase their troop contribution. Professor Mpho Molomo emphasised the need for a broader effort in combatting the insurgency such as strengthening infrastructure, education, and rule of law.

The seminar concluded with closing remarks by Mr. Zinurine Alghali, Chief of the Policy Development Unit of the Peace Support Operations Division at the African Union Commission and Lieutenant Colonel Dr. Michelle Nel, Vice-Dean at Faculty of Military Science at Stellenbosch University.