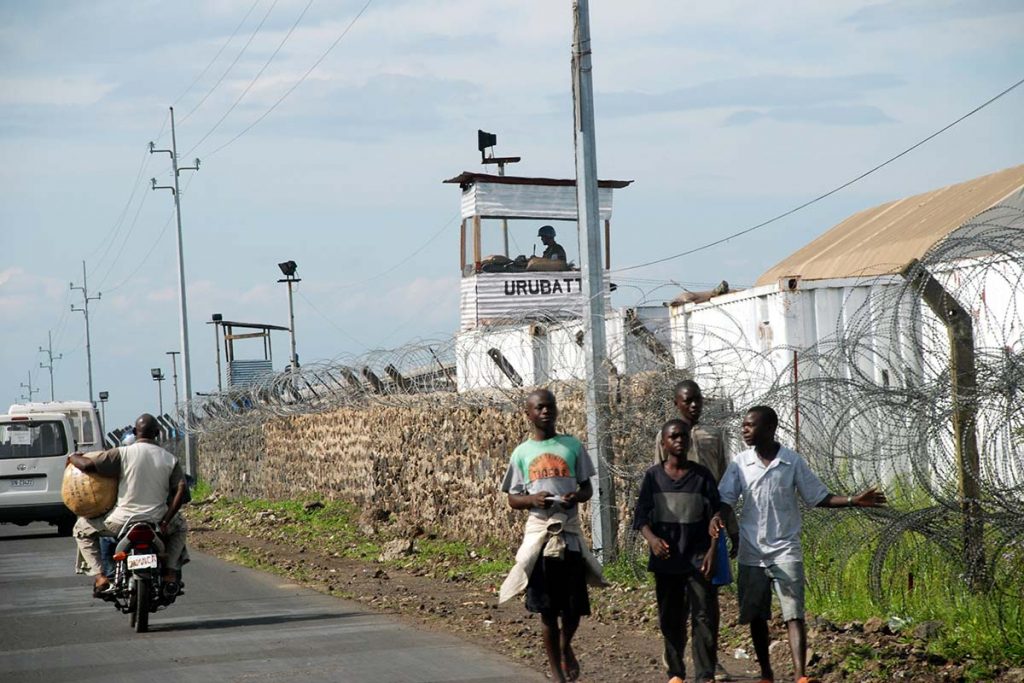 In introducing the outcome of the EPON report on MONUSCO last year, I said that before talking about the effectiveness of PKOs as such, we may have to change the lenses through which we look at UN peacekeeping and assess the impact of its various activities. Indeed, these missions have always been deployed with pocket money in the places nobody cares about and where the P5 have limited strategic interests. Under such circumstances, most missions have accomplished a lot, and are helping the “international community” to keep an eye on those situations and to prevent conflicts from escalating to massive levels of violence.

Looking at MONUSCO in such circumstances, one can only consider that what MONUSCO has been able to achieve, with comparatively little resources for an area of operations that is of the size of a continent, is very impressive. In the end a peacekeeping mission is trying to do its best to implement often unrealistic or over ambitious mandates, and measuring their effectiveness has also to do with a reality check of the implementation of the mandate delivered by the Council against the means and the capabilities that have been given to the Mission. In this context, the report has identified a number of strategic impacts and of strategic constraints faced by the UN mission over the years.

The first area in which MONUC had a strategic impact is in its contribution towards the reunification of the country. In short, as one African diplomat put it, “If the UN Mission had not existed, most probably DRC would not have existed in its current form.” MONUC-MONUSCO also had a strategic impact in preventing a recurrence of a major violent conflict, in using its presence to enable other international and national actors, including the private sector, to provide services and to stimulate the local economy, and through its support to democratic politics. The role of MONUC-MONUSCO has also been critical in monitoring, reporting, collecting and sharing information related to human rights violations to support international criminal justice and fight against impunity, including the International Criminal Court’s prosecution of Thomas Lubanga, Germain Katanga, Bosco Ntaganda, and others.

These achievements were done despite a number of strategic constraints: the diminishing degree of cooperation of the host state; the role of neighboring states fueling instability, and the absence of a champion for MONUC-MONUSCO in the Security Council in order to leverage a commonly agreed blueprint for dealing with the conflict in a comprehensive fashion. The mission has also faced a number of operational constraints: the eternal operational and tactical challenges of not having adequate means and capacities to fulfil the mission, of having contingents unwilling to execute the given mandate, and of lacking effective leadership as well as having poor pre- or in-mission training; the problem of multiple interpretations of what peacekeeping is and of the mandate of the Mission, the lack of a strategic communications strategy to counter misunderstandings, and to explain the mandate and the mission to the Congolese people or even internally. After its initial success against the M23, A number of operational and political challenges faced by the Force Intervention Brigade also had an impact on the overall effectiveness of the UN mission: unpreparedness for jungle warfare and for fighting a strategic asymmetric enemy, lack of HQ capacity, lack of integration and coordination with the rest of MONUSCO’s contingents, operationally spread out. Ultimately, the support of the FIB’s own TCCs has wavered over time, showing that robustness is as closely linked to political will and interest as it is to military capacity.

Since the release of the EPON report on the effectiveness of MONUSCO, the national context has changed – a new president was elected through peaceful elections and transfer of power – and with it the attitude of the host state towards the UN mission. In its first exchanges with representatives of the UN, the newly elected President, Félix Tshisekedi, has acknowledged the work of the UN Mission and shown that he sees MONUSCO as a partner supporting the stabilization of the country. As we have underlined in the report, the attitude of the host state is key to the way the UN mission will be able or not to implement its mandate. The Special representative of the Secretary-General, Leila Zerrougui, has talked on 9 October 2019, of “new and positive trends” on the ground “which may help to transform the Democratic Republic of the Congo into a stable country.” The issue remains whether the president and his government will have all the means to embark on long-term needed reforms (DDR, SSR, justice, rule of law). And, as underlined by the latest report of the Secretary-General, “intercommunal violence and armed group activity continued to claim the lives of numerous civilians, with an upsurge in incidents in some areas in the east of the country.”

With this new situation, the Security Council is certainly already looking at three issues in moving forward and renewing the mandate of MONUSCO:

In its Resolution 2463 (29 March 2019), the Security Council, while renewing MONUSCO’s mandate until 20 December, “underscored the need to progressively transfer MONUSCO’s tasks to the Government of the DRC, the UNCT and other relevant stakeholders in order to enable the responsible and sustainable exit of MONUSCO, based on the positive evolution of the situation on the ground, and in a way that contributes to sustainable progress towards the stabilization of the DRC, consolidation of State authority and reduction of the threat posed by armed groups.” Towards this objective, it requested the Secretary-General to conduct an “independent strategic review of MONUSCO assessing the continued challenges to peace and security in the DRC and articulating a phased, progressive and comprehensive exit strategy.”

Many of the people interviewed for this study (June-December 2018) were already of the opinion that the UN Security Council has to elaborate on a clear exit strategy for MONUSCO in the form of “a controlled and sound plan”,1 stick to this strategy along a number of benchmarks, and leave the DRC in an orderly manner with a governmental buy-in. Some other interlocutors have argued that, after about 20 years, the presence of the UN peacekeeping mission weakens the state. The longer the Mission stays, the more it helps absolve the national authorities from the responsibilities of maintaining law and order, improving the living conditions of the population, and addressing the root causes of the conflict. Nevertheless, as pointed out by the latest policy brief of Civilians in Conflict, “it is not the time to say good luck and pack up. This is a time to evaluate what a successful end to MONUSCO’s mandate will look like, what failures from past drawdowns can be avoided, where the Mission has been successful, and which Mission activities should be reinforced to achieve an exit that does not leave civilians trapped between violent armed groups and abusive state security forces.”

This transition will require from all stakeholders as much attention as the past 20 years of the continuous presence of the UN in the country.

Alexandra Novosseloff is a non-resident fellow at the International Peace Institute and research-associate at the Centre Thucydide of the University of Paris-Panthéon-Assas. She tweets @DeSachenka.