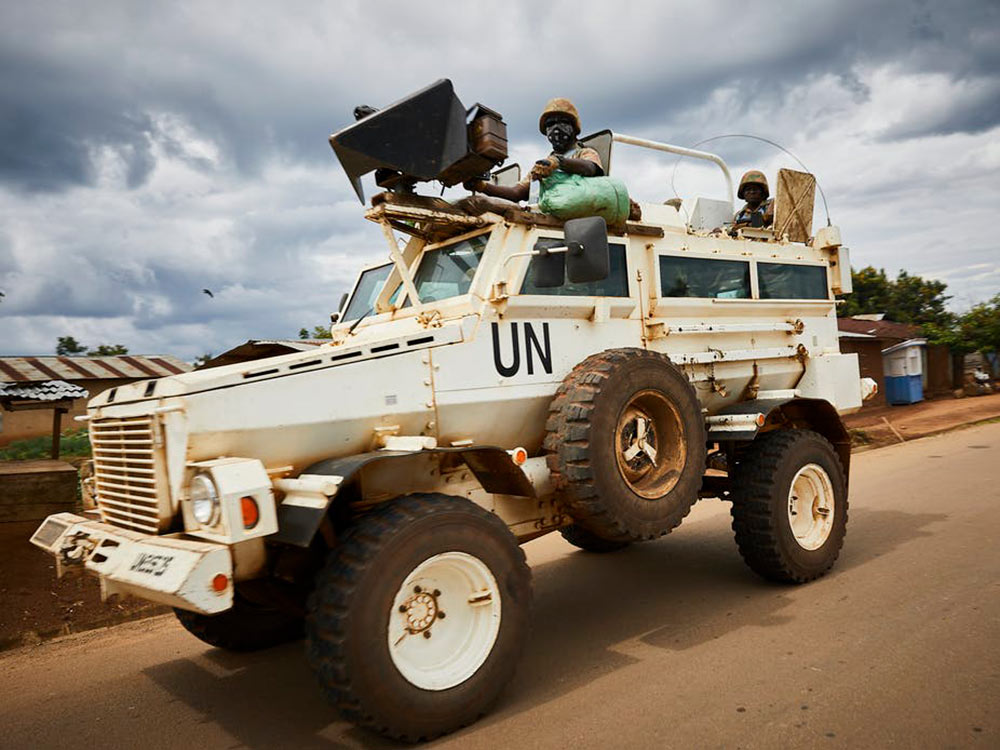 Is it time to review the basis for UN peacekeeping 71 years on?

Demands on the UN have become far more complex. Today, two-thirds of UN peacekeepers are deployed in places where large-scale violence is ongoing, without a peace agreement, or where peace processes have visibly broken down.

Active conflict in Mali, the Democratic Republic of the Congo (DRC), South Sudan and the Central African Republic (CAR) has meant that peacekeepers are often confronted with direct threats, violent extremist fighters, and transnational criminal networks operating well beyond the UN’s deployment areas.

And UN peacekeepers are being killed at higher rates than ever before: 2017 was the most deadly year of peacekeeping since 1993. Civilian battle deaths have also been steadily increasing; displacement and violence against civilians has spiked in the past eight years.

In many of these conflicts, state security actors pose major risks to civilians. In others, direct targeting of UN peacekeepers has underscored how the UN is perceived by some belligerents as a party to the conflict.

In these highly volatile settings, peacekeeping missions are being asked to do far more than monitor a peace agreement.

There’s no direct mention of peacekeeping in the UN Charter. As a result the doctrine governing UN peacekeeping has evolved over time. To date firmly rooted in three principles: consent of the parties; minimum use of force; and, impartiality.

But does it still make sense to base UN peacekeeping on these core principles? Are they still relevant today? Or should the peacekeeping system consider new guidelines to suit current peacekeeping scenarios?

In 2008, the UN undertook a major review of the principles of peacekeeping, producing the “Capstone Doctrine” to guide modern operations. The Capstone preserved the core principles of consent, minimum use of force and impartiality, while allowing them to be adapted to large, multidimensional missions.

The Capstone has proved crucial to peacekeeping, a flexible and dynamic policy that has allowed for some of the UN’s most innovative approaches to date. Subsequent efforts to evolve peacekeeping – such as the High Level Panel on Peace Operations and Action for Peacekeeping – have also reaffirmed this ‘holy trinity’ of peacekeeping principles.

But the current portfolio of missions is stretching these core principles to their limit.

In Darfur, DRC and South Sudan, many of the UN’s activities focus on protecting civilians from the violence of state actors. While these missions retain formal ‘strategic’ consent for their presence they enjoy little ‘operational’ consent to act in accordance with their mandates. Does such partial “consent” undermine the intent of this principle?

Take the DRC. The UN’s joint military operations with the Congolese army against armed groups has given rise to widespread perceptions that the UN has taken sides. In the CAR scholars have questioned whether the UN has legally become a party to the conflict. Is it useful (or misleading) to continue to refer to these operations as “impartial” if key actors and local populations do not see them that way?

And the turn to “robust” peacekeeping now means a major focus on protection of civilians, stabilisation, and state-building, often without clear buy-in from the main conflict parties. In South Sudan the UN protected 200 000 civilians from violence since the outbreak of civil war in 2011.

In the DRC, following a major offensive by the M-23 armed group in 2012, the peacekeeping operation was authorised to use offensive force against armed groups. In Mali and CAR, weak or absent state capacities in many parts of the country mean the UN has been asked to use military force to stabilise and extend state authority.

Across peacekeeping, there has been a concerted call for the UN to be more robust, willing to take proactive forceful measures in contexts where civilians may be at risk. Should we continue to call this “minimum use of force”? And, if so, will it any longer keep UN peacekeeping separate from the conflicts they are sent to resolve?

New doctrine for a new era?

The anniversary of UN peacekeeping provides an opportunity to reflect on the work of UN peacekeeping over the past 72 years, including the many ways in which the organisation has successfully adapted to new challenges. But these accomplishments should not be taken for granted, especially during a time when strong pressure from the US and others may result in cuts to UN budgets.

Over a decade on from the Capstone doctrine, now may be a good time to reflect on the underlying principles of UN peace operations, rather than assuming they can continue to be reinterpreted for today’s settings. It may be that a Capstone 2.0 can be envisioned, offering new life to the current principles.

But there may also be a need to consider protecting peacekeeping and instead elaborate on alternative ways that the Security Council can implement its decisions to stabilise conflicts around the world.

Having a discussion on principles would be a good first step.