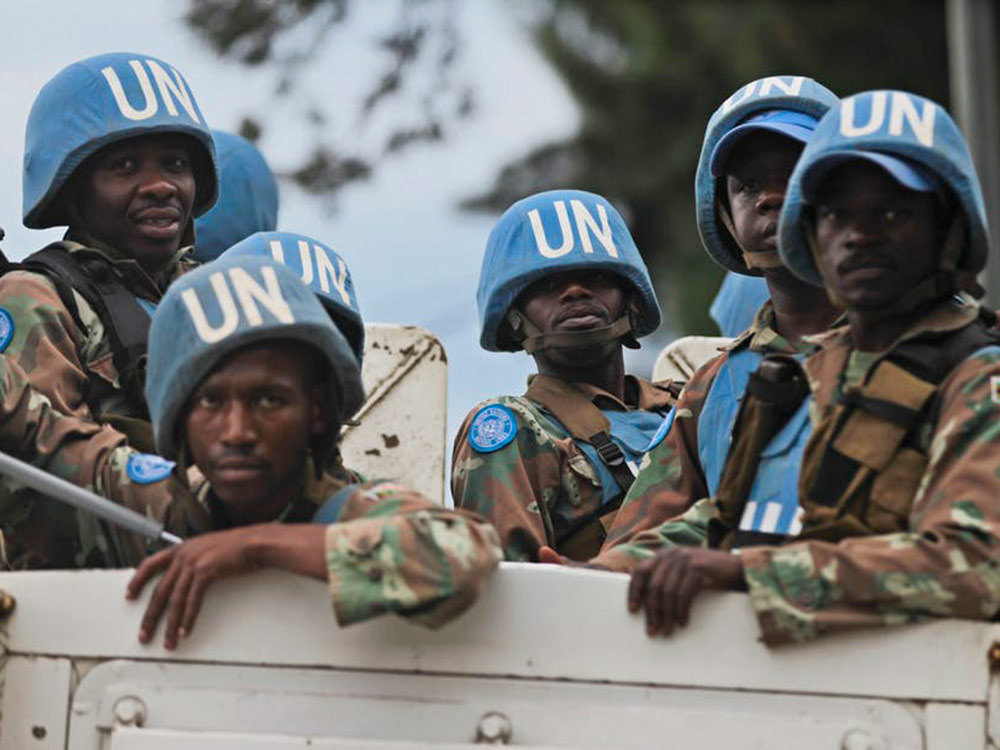 Realism should guide the next generation of UN peacekeeping

Since the first United Nations peacekeeping operation was deployed to oversee a ceasefire in the Arab-Israeli war seven decades ago, more than 70 peacekeeping operations have been established. Fourteen remain deployed to this day. Of these, the so-called “big five” missions – in Mali, Central African Republic (CAR), the Democratic Republic of the Congo (DRC), Darfur and South Sudan – represent some of the greatest challenges ever encountered by peacekeeping.

None of these settings is likely to result in sustainable peace any time soon.

The number of armed groups operating in the eastern part of the DRC is higher than ever – even after more than 20 years of peacekeeping. South Sudan is clinging to an extremely fragile peace process after civil war broke out in 2013, with hundreds of thousands of civilians still displaced.

Spreading violence in Mali has strained the capacities of international forces and shown the limitations of the existing peace process. Last year saw a continued spread of violence in the Central African Republic. This underscored the limited capacity of the central state to control its territory. And in Darfur, the peacekeeping operation is beginning to wind down with more than two million people still displaced and an incomplete peace process.

The inability of the UN to solve these kinds of intractable conflicts has led some to argue for dramatic cuts to peacekeeping. Others have suggested that peacekeeping is in crisis, or has failed.

With peacekeeping under pressure, it is more useful to recalibrate expectations, learn from what has worked over the past seven decades, and refocus the UN on the more limited – but achievable – tasks that peacekeeping can deliver.

The 1990s and early 2000s were a period of extremes for UN peacekeeping.

On the one hand, the UN saw some of its most heart-wrenching catastrophes: Rwanda, Srebrenica and Somalia loom large on the list of UN failings.

But there were also important successes. UN operations successfully completed their mandates in Cambodia, El Salvador, Guatemala and Tajikistan. None has relapsed into conflict. And in Sierra Leone, Côte d’Ivoire, Timor-Leste, Liberia and Kosovo, UN peacekeeping has been seen as a crucial part of the transitions from war to relative peace.

While each of these conflicts is different, it is important to notice similarities.

Firstly, most of the UN’s success stories have taken place in smaller countries where the conflict did not spread over a large geographic area. Secondly, in most settings the political leadership of the host country was generally willing to work with UN peacekeeping and allow it to play a supporting role in national processes like elections and security sector reform. Often regional and international actors stepped in constructively.

These conditions helped peace agreements to hold, while key bilateral actors saw meaningful partners in the leadership of the country, over time contributing to progress towards post-conflict reconstruction.

These relative successes contributed to an optimism that the UN could engage more ambitiously in “multidimensional peacekeeping”. Rather than merely supervise agreements, peacekeeping over the past 20 years has been expected to help address root causes of conflict, build state institutions, and actively protect civilians caught up in large-scale violence.

With increasingly ambitious mandates and a willingness to send peacekeepers into situations of active conflict, the Security Council has pushed peacekeeping to take on larger, more complex conflicts, often without a clear path towards peace.

But the Security Council has been proven wrong. UN peacekeeping will not solve conflicts like Darfur or the DRC. In fact, it is probably unrealistic to expect peacekeeping to deliver peace in any of the “big five” settings today.

Countries like Mali, DRC and South Sudan present a near-impossible terrain for peacekeeping. The massive scale – the DRC, for example, is double the size of France and Germany combined – poor access, and limited state capacity means the UN is only able to reach a tiny fraction of the population.

Today’s conflicts are also inherently more difficult to solve. A number of factors have contributed to this over the past 15 years. These include:

Crucially, today’s peacekeeping settings also present far more difficult governments than before. In Darfur, the regime in Khartoum was reluctant to allow any UN deployment at all, and consistently blocked the mission’s work on the ground. In DRC and South Sudan, state forces have often proven the greatest threat to civilians, causing more deaths than any single armed group. In Mali and Central African Republic, weak or non-existent state capacity across much of the territory means that rebel groups are often able to operate with impunity.

Taken together, these trends make today’s conflicts more dangerous, more likely to spread over large geographic areas, and more difficult to constrain with traditional tools of statecraft and diplomacy.

A new realism for peacekeeping

UN peacekeeping is far from perfect, and much can be done to improve the performance of missions on the ground. But we also can’t expect peacekeeping alone to solve the kinds of intractable conflicts that have arisen today, at least not with the mandates, resources, and time frames usually proposed by the Security Council.

It is unrealistic to suggest that a UN peacekeeping operation will deliver on its state-building mandate in countries like the Central African Republic anytime soon. And, as scholars have suggested, changes in these kinds of settings happens in fits and starts, with relapses, failings, and setbacks. There is no straight line from conflict to peace.

The UN, at best, may play a small role in facilitating national-level changes. But it can make a difference. Recent studies have shown UN peacekeeping can help reduce overall conflict rates, protect hundreds of thousands of civilians from slaughter, warn the world of impending violence, and even gradually tip the scales in favour of peace. While not the kind of national transformation envisioned in some of today’s peacekeeping mandates, these studies show the tangible impact the UN can have on people’s lives.

On the anniversary of UN peacekeeping, these accomplishments are worth celebrating (and indeed worth tracking more systematically). A new realism would build on these successes and recognise that UN peacekeeping can and does deliver well beyond the tasks of ceasefire monitoring 70 years ago, even if it is unlikely to resolve today’s most intractable conflicts.